BLOG
You are here: Home1 / BLOG2 / Alzheimer's Disease3 / Part I What is Alzheimer’s Disease 10 Warning Signs That Caregivers Should L... 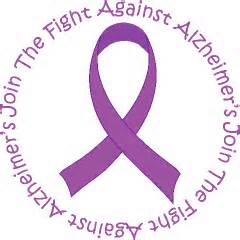 In this opening blog, we will look at the definition of AD, how to differentiate between dementia and AD, common signs of memory loss, and warning signs that indicate it’s time to schedule an appointment with your doctor.

It is estimated that as many as 5.1 million Americans may have Alzheimer’s Disease,currently affecting one in ten of people aged 65 and over. Due to advanced medicine and improved health care, the number of people age 65 and older will more than double between 2010 and 2050 to 88.5 million or 20 percent of the population.   In turn, those 85 and older will rise three-fold, to 19 million, according to the U.S. Census Bureau.

Like all types of dementia, AD is caused by brain cell death, killing nerve cells and tissue in the brain, causing it to shrink dramatically. Plaques (“amyloid plaques”) are found between the dying cells in the brain, and tangles are within the brain neurons. AD affects a person’s ability to communicate, to think and, eventually, to breathe. Symptoms usually develop slowly and get worse over time, becoming severe enough to interfere with daily tasks.

As we age, most of us eventually notice some slowed thinking and occasional problems with remembering certain things. However, serious memory loss, confusion and other major changes in the way our minds work may be a sign that brain cells are failing. There is a significant difference between being absent-minded or preoccupied and having Alzheimer’s.

Part II The Stages of Alzheimer’s Disease and Symptoms – When and How...
Scroll to top